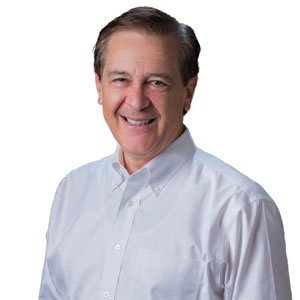 Robert J. Schena, Chairman, CEO & Co-Founder Without transmission towers and designated standard frequencies, cellular infrastructures and their ecosystem of facilitators—such as Wi-Fi, 2, 3, 4 and 5G LTE connectivity, to name a few—cannot function. As such, contrary to its very definition, mobility as a technological innovation is arguably rooted in rigidity. On the other hand, while the cloud continues to deliver impressive enterprise solutions, not all industry verticals are positioned to leverage the technology. For instance, picture the tough conditions of an oil field or rig, a military base amidst vast stretches of desert or arid hills, a fleet of trucks hailing from remote areas, or even, a locality barely covered by cellular networks— they are all barred from leveraging productive applications that require high-speed connectivity. Was it not for the ingenuity within Pennsylvania-based Rajant Corporation’s solution offerings, robust mobile connectivity would have remained an unrealistic feat for many entities functioning in some of the harshest environments in the world.

“Rajant started shortly after the attack on the World Trade Center. Our idea was to create a networking technology that could be rapidly deployed by folks that didn’t know a lot about networking. We automated a great deal of traditional networking prerequisites such that networks could be portable, easy to run, and rapidly expandable” says Robert J. Schena, Chairman, CEO and Cofounder of the company. Since its purpose-driven beginnings in the early 2000s, Rajant has excelled in the herculean task of delivering autonomous connectivity.

Rajant’s secret sauce is their patented technology for creating mesh networks which, in terms of connectivity, can be regarded as the structural equivalent of the phrase ‘unity is strength.’ Put simply; this novel networking technology enables devices (nodes) to communicate with each other without the need for a centralized connecting mechanism. The concept of ‘mesh connectivity’ has gained traction in the recent past owing to its promising stance as an alternative to traditional mobility. Several ventures have sprung up to demonstrate the technology’s potential in addressing issues related to last mile connectivity, decentralized transactions, and censorship circumvention, to name a few. Yet, all such newer entrants take for granted, the availability and the user’s dependency on any typical, commercial device, which can barely hold up against challenging working conditions. Their nascent, embryonic offerings have a long way to go before being entirely capable of delivering functionalities such as: setting up networks from scratch with components purpose-built for ruggedness, easy visualization of network strength and related parameters, and intelligent streamlining of wireless transmission whilst being rapidly scalable to node additions (in the scale of thousands). This is where Rajant has positioned itself as an all-rounder in the remote networking space, far ahead of any other solution provider in this realm.

Rajant’s patented peer-to-peer InstaMesh® networking technology infuses the company’s portfolio of product offerings to produce its Kinetic Mesh® network: touted as the ‘living network.’ InstaMesh is capable of intelligently knitting nodes together to deliver optimal networks with high throughput and low latency. “InstaMesh can work through any frequency—licensed, unlicensed and/or privately owned or a combination of all—to send and receive traffic that comes from any channel.

We automated a great deal of traditional networking prerequisites such that networks could be portable, easy to run, and rapidly expandable

It makes all traffic decisions on a sub-millisecond basis and identifies the most efficient pathway to transmit data, voice, and video. All routing and switching decisions are done autonomously without a network administrator having to oversee them,” adds Schena.

The wireless nodal device used to form a Kinetic Mesh network is Rajant’s BreadCrumb® line of offerings. BreadCrumbs are multi-radio, multi-frequency nodes that can be installed indoors or outdoors. They can tolerate interference and network congestion while continuing to send and receive data throughout the mesh. Given the fact that network security attacks are on the rise, the company has an information assurance team devoted to developing military-grade security with multiple cryptographic options and configurable per-hop, per-packet data authentication capabilities.

Interestingly, the US military was one of Rajan't first customers, and as Schena recalls, the progressive evolution of Rajant’s product line had a lot to do with catering to the inputs and networking requirements of the military. In addition to providing Ethernet and Wi-Fi access points, BreadCrumbs feature rugged IP67-rated enclosures. “Our radios are on fixed or mobile equipment that are often vibrating or shaking, or being baked in the sun, or freezing, or both. We have knowledge and expertise in developing packaging that keeps the radios reliable in these situations. Because our networks have been installed in large mines for over a decade, we have learned from experience how to build devices that can withstand those types of environments,” prides Schena.

Rajant’s SlipStream, with all its capabilities, can be regarded as a ‘wired’ BreadCrumb that is designed to widen the gateways between the company’s wireless networks and their customers’ wired networks. SlipStream’s high-speed processor facilitates data transfer at rates of several hundred megabytes per second, and can be used as a medium to expand Kinetic Mesh networks. Like all of Rajant’s offerings, Kinetic Mesh networks are relatively easy to deploy and scale. Furthermore, Rajant solves the networking configuration, management and monitoring dilemma equation with their BC|Commander, and BC|Enterprise software. Together these software tools offer a complete network monitoring and management solution for Rajant mesh networks that can enable administrators to track and optimize the performance of every node on the network. The value of these software tools only increases as more Industrial Internet of Things (IIoT) applications are placed on the network.

For IIoT, the newer prong of industrial connectivity, it makes little sense for data to be shuttled halfway across the world through satellites and data centers before they can be processed. Being the only vendor that allows ‘every radio to talk to every other radio,’ as Geoff Smith, the company’s EVP of Sales and Marketing attributes, Rajant has been providing IoT connectivity even before the terminology became a buzzword in the industrial solutions arena. 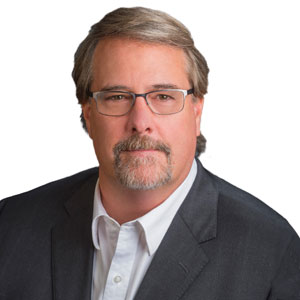 Geoff Smith, EVP of Sales and MarketingIn parallel, as cloud technologies and their prominent torchbearers are beginning to embrace distributed data processing models, they would have to follow Rajant’s lead and trail before being capable of delivering computing solutions for some of the most challenging industrial arenas. The firm groundwork that Rajant has built through years of operational perfection and efficiency has enabled the company to establish itself as the front-runner in augmenting IIoT with the power of edge computing using its CacheCrumb® node. With this node, networks gain powerful processing capabilities and a minimum of a terabyte of storage.

The simple notion of ‘Connect, Capture, Compute’ is fundamental to the CacheCrumb. With server grade performance and high energy efficiency that outperforms Intel® Xeon® in raw, deep learning performance by 1.25X and compute efficiency by a factor of nearly 20X, this sophisticated node is currently supporting a wide range of video and analytic applications. Industries reluctance to capture and push analytics data over the cloud due to latency, bandwidth and security concerns are prompting network managers to explore devices for delivering on the promise of edge communications.

A number of client success stories exemplifies and substantiates Rajant’s capability in delivering unwavering autonomy into computing and connectivity solutions for mission-critical applications. From communities using video surveillance solutions atop CacheCrumb and BreadCrumb, to companies leveraging drones to track their vehicles in real time and 3D, Rajant clients are leveraging the company’s suite of products—that has significantly evolved over the years with three to four firmware updates per year. Huge savings on the cost of installation and fast, secure and easy-to-deploy networking are among the many benefits that the company’s clients enjoy. Today, Rajant serves clients from across 50 countries.

Looking ahead, Rajant’s innovation labs will continue sharpening their edge on the core solution stack that they offer— designing evermore rugged and capable boards, radios and software. The company has also invested a significant amount of resources into research and development for communication amongst autonomous vehicles. From a market penetration standpoint, Rajant continues to expand their trained distribution and integration partner ecosystem. Simultaneously, the company is also working on technology partnerships that are complementary to wireless systems, such as sensor providers. “At Rajant, we have a work culture that is bred from delivering engineering solutions that may be the first of its kind in any given space, depending on the unique needs of our clients. In a way, we are addressing issues in development before it gets to our customers. So that when our product is delivered to the customer, it works just as well on the very first implementation,” concludes Smith. 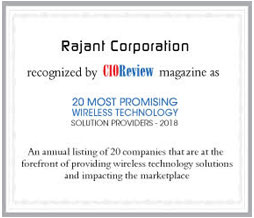 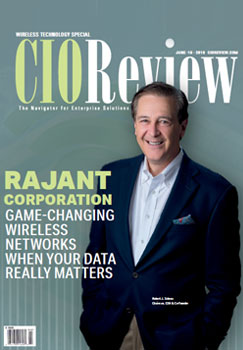