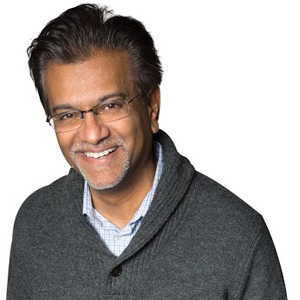 Ravi Rajapakse, CEO
The idea of a truly connected home is—finally— becoming a reality. With major advancements in IoT technology and Home Automation, industry experts have dubbed 2017 “The Year for Smart Homes.” San Francisco based Blackfire Research is leading the pack in Wi-Fi solutions for future connected homes. Back when the world wasn’t yet addicted to Netflix and Spotify, Ravi Rajapakse had already begun to lay the foundation for what would become Blackfire Research, a company whose mission is to revolutionize wireless home entertainment. At the time, Ravi tried to envision what the future wireless home entertainment consumer would expect. It seemed to him that the smartphone and PC would become central to the consumer and that media playback devices like TVs and audio devices would need to become smarter and wireless. He envisioned that users would want to be able to walk into any room and cast their music and movies to any smart audio and smart video device. They would want to play to multiple devices simultaneously: to mix and match audio and video, with higher performance, without dropouts and over greater range. But, he realized, that the underlying technology infrastructure needed to enable this was inadequate.

Of course, Wi-Fi was the obvious choice, but Wi-Fi and traditional network protocols were not suitable for sophisticated real-time, multipoint media applications. Maintaining tight synchronization between devices, and low latency without dropouts was nearly impossible. Conventional network protocols such as TCP and RTP—developed in the 1970s for file transfer over wired ethernet—were inappropriate. “These forty year old protocols would respond to packet drops as though they were due to router throughput congestion, rather than because of transient RF interference,” Rajapakse says. “So, we built our own transport protocol for simultaneous multi-point transmission that took the best of RTP and TCP and mitigated the challenges of real time media streaming over Wi-Fi.” To that end, Blackfire offers much better streaming performance on the Wi-Fi network than anyone else. “It’s easy enough to do simple things, but as applications get more complex and consumers demand more functionality, the need for a solution like ours increases and that’s when our software technology really stands out.”

Because Blackfire is small transport level software that is data, OS and chipset agnostic, it can enhance solutions like Google Cast, Spotify, Airplay, and Amazon Echo. “So, at a fundamental level, Blackfire anticipated market requirements, ahead of everybody else,” Rajapakse says.

Now with over 30 patents, Rajapakse has seen his vision come true. Consumer electronic manufacturers are realizing that this is the functionality they want and Blackfire is licensing its software to a broad set of top tier companies. Harman-Kardon, Onkyo, Pioneer, and HTC have released products based on Blackfire and a host of others are joining the ecosystem. “We’re very excited about the coming wave of new products. For example, Harman Kardon has amazing new features enabled by Blackfire, and consumers are going to love them.”

Rajapakse sees a bright future for the company because of the scalability of the Wi-Fi platform. “We believe Wi-Fi is the right platform for at least the next two decades, and the use of Wi-Fi devices is only going to expand exponentially in home, as well as in commercial, industrial, and automotive applications. Blackfire software, on top of Wi-Fi, is key to enabling good performance for limitless future wireless applications.” 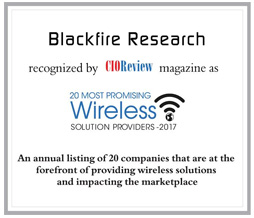 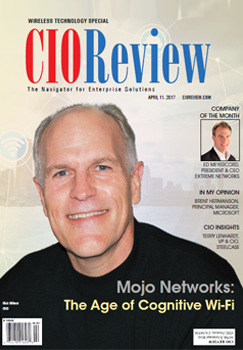