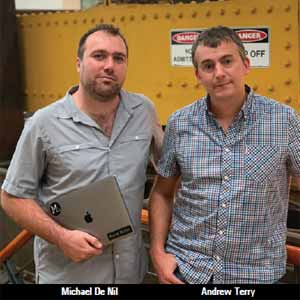 Michael De Nil, Co-Founder & CEO
Wi-Fi is the most ubiquitous high speed wireless communication in use today, and it’s what’s next that could reinvent Wi-Fi for everything else. It’s called Wi-Fi Halow, a new Wi-Fi standard, named 802.11ah, a sub-1 Gigahertz (GHz) unlicensed frequency band version of ultra-low power Wi-Fi targeting long-range links especially for the Internet of Things.

Wi-Fi HaLow solves the challenges for Wi-Fi in IoT devices, overcoming the fundamental weaknesses of existing wireless technologies offering lower power, longer range, and secure connections at a higher capacity. Robust connectivity that handles the most challenging Wi-Fi environments, including obstructions such as walls, will outreach more things and convert them into smart, connected devices to improve productivity and the user experience.

Imagine connecting on Wi-Fi over distances ranging from tens of meters to over a kilometer, with long-lasting battery life and special sleep modes allowing IP-addressable sensors to last multiple years on a single coin cell battery. The connections to the IoT devices are secured with the tried and tested 802.11 security (WPA3) with sufficient data rates for encrypted messages and support of over-the-air security firmware upgrades.

The Morse Micro team not only invented Wi-Fi and designed Wi-Fi chips in many billions of devices, but also played an integral role in authoring the new 802.11ah standard. Although developing these wireless chips was no easy feat, the team at Morse Micro focused on developing the highest performance wireless solutions, making everything secure and connected.

With ultra-long range, ultra-low power, and massive capacity, Morse Micro Wi-Fi HaLow will revolutionize IoT, similar to the way Wi-Fi did for computers and laptops

The company’s position as the vice-chair of the Wi-Fi Alliance 802.11ah program and a major patron to the HaLow certification test plan gives it a vantage point to create a robust and interoperable wireless solution for a plethora of devices.

From smartphones and home appliances to security cameras, thermostats, and sensors, HaLow technology can be deployed in large venues such as retail stores, warehouses, distribution centers, and even smart homes to connect up to 8,191 devices with a single, easy-to-use access point, lowering overall network infrastructure and installation costs. Combined with its long-range connectivity, the access point enables many IoT and M2M applications, which could not be connected otherwise, to work more seamlessly with each other, allowing organization to lower operations cost, turning aggravating challenges as logistics and asset management, shelf labels, digital signage and inventory management into a straightforward tasks, simple enough to be handled by a single employee.

As a pure-play fabless semiconductor company, Morse Micro is focused on transforming the wireless IoT market working with partners, from top tier hardware manufacturers to fast moving OEMs. The company plans to ship products in 2020, with much more in the pipeline, focused on solving the fundamental weaknesses of existing wireless technologies.

Description
Morse Micro makes ultra-low power, long range & secure WiFi for the Internet of Things a reality. The company reinvents Wi-Fi for billions of IoT devices with the industry’s smallest and lowest power Wi-Fi HaLow silicon solution that securely connects smart devices over a range ten times longer as compared to legacy Wi-Fi, using minimal power. With a team comprising of the technological virtuosos who invented Wi-Fi as we know it, Morse Micro aims to use improved Wi-Fi solutions to build a new tomorrow where Wi-Fi integrates with IoT effortlessly 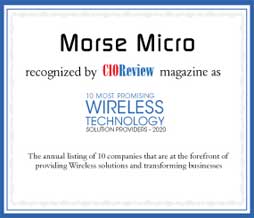 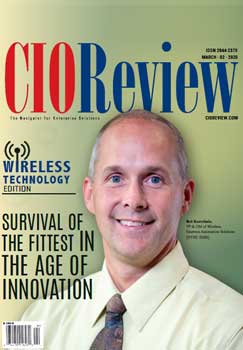