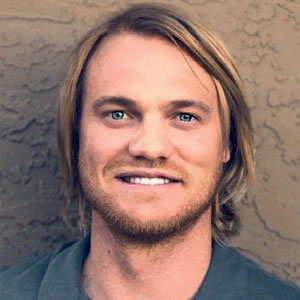 Chris McConnell, Owner/Entrepreneur
At a large concert venue, a live music production company was prepping the stage for an A-list musician to perform. The company’s crew used two-way radios to communicate across the stadium with their team members. However, as they were bustling up and down the stage and across the large venue, they experienced problems with their current radio range. On top of that, they faced inconvenience in charging 180 radios with one individual charger per outlet. When the live music production company decided to improve and modernize their equipment, their in-depth market search for a wide radio range and better charger led them to Titan Radio.

Titan Radio is a premiere radio manufacturer catering to a wide variety of industries including production, construction, hotel and resort locations, farming, and security, to name a few. Its powerful mid-tier radios allow clients to experience seamless communications at maximum range with crystal clear sound.

According to Chris McConnell, owner of Titan Radio, “A majority of the radios currently available in the market are either cheap, toy-like recreational radios or expensive radios with lot of features that no one will ever take advantage of.” With the aim to deliver a reliable, useful, and cost-efficient product, McConnell and his team developed a commercial-grade radio that allows for everyday commercial use at a competitive price point.

We are always looking to enhance our current radio product line through research, improvement, and innovation

In addition, they are equipped with one or two programmable buttons, depending on the model. “The amalgamation of innovation, affordable price, durability, warranty, and robust features in our radios is what makes Titan Radio second to none,” extols McConnell.

Titan Radio also pioneered a radio bank charger that can hold 6, 12 or 18 radios in an innovative carrying case that, when fully loaded with 18 radios, only weighs around 30 pounds. Titan Radio also engineered 6, 12 or 18 bank desktop chargers that can accommodate multiple types of radios, including Titan Radios, Motorola Radios, Kenwood Radios, Vertex Radios, and Hytera Radios. “The features integrated into our radios and chargers appeal to up to 95 percent of commercial grade radio users,” states McConnell.

Titan Radio’s direct warranty replacement and support enable consumers to contact Titan Radio directly. Its toll-free support ensures that customers can reach a live Titan Radio representative at no cost to the customer.

Titan Radio has tripled its revenue in the last ten years. Its expansive network of resellers currently offers Titan Radio products throughout North America, South America, and the Caribbean. Further, as an innovator in the radio market, Titan Radio is expanding its radio product lines, accessories, and charging capabilities. “We are always looking to enhance our current radio product line through research, improvement, and innovation,” says McConnell. 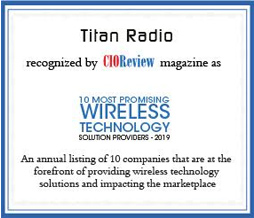 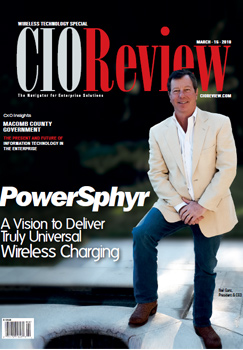