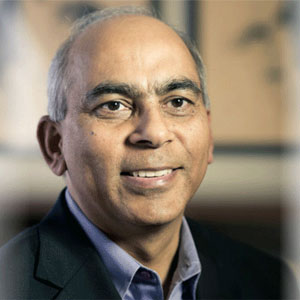 The importance of reliable government communications networks cannot be understated. The incumbent in the installation of a new connectivity solution for a governmental body or public agency is the need to keep costs manageable while maintaining strict Service Level Agreements (SLAs). Revolutionizing this directive has been the development of wireless broadband, which has been used in government installations for years. More than a decade ago, they were used in tactical military installations and also part of Rural Utility Service (RUS) funding for connecting rural communities. Deployments were put up in areas where wire or fiber were simply not feasible: either in very remote locations or for temporary connectivity.

When wireless broadband networks grew beyond instances where wire-line just wasn’t feasible, there was the preconceived notion that wireless was unreliable or unsecure. Time and experience proved its efficacy and security. While some WiFi networks were easily hacked, leaders in the space developed multiple layers of encryption and authentication, and applied for and received certifications such as FIPS 197, HIPAA and AES encryption. Today, the concern is no longer about functionality or security, but whether they can provide sufficient capacity for streaming video, data and voice as the demand for broadband continue to grow at an increasing rate. Today, wireless broadband networks are installed by governments around the world for leased-line replacement, video surveillance and disaster recovery. The installations detailed below prove that capacity, and flexibility need not come at a high price point.

For the Solomon Islands Government (SIG), wireless broadband was its only option for connectivity as the country consists of 992 islands in Oceania lying to the east of Papua New Guinea. For installation to even be considered, assured network reliability was first and foremost, in addition to high performance and cost efficacy. Most government offices had little to no connectivity and ICT costs were high. The network operator’s directive was to connect the SIG’s 26 ministries and statutory bodies in 93 distinct physical locations spread across the Islands’ capital city of Honiara. Many of these 93 offices hold fewer than 10 employees, putting a fine point on low density contributing to high cost.

The wireless broadband network architecture for SIG has greatly increased productivity. Consisting of 19 point-to-point (PTP) wireless broadband links with a throughput of 100-300 Mbps of throughput and 18 point-to-multipoint base stations for licensed WiMAX access networks using the 3.5 GHz spectrum, it has paved the way for SIG to see the benefits of a connected government.

“We now have a versatile and robust network. We have connectivity – high-performance connectivity. We have achieved a dramatic reduction in information and Communications Technology (ICT) costs, and we can deliver applications and services that enable real change inefficiency of all government processes,” said Smith Iniakwala, director, SIG ICT Support Unit.

Currently, ICT systems are being used for government payroll and finance functions, a vehicle and licensing system, and a customs system that allows customs officials to track imports and exports electronically at the main seaport and at Henderson airport. Moving forward, the government expects to refine operations based on the increased visibility into operational processes that its wireless broadband connectivity affords. This in turn will reduce recurrent Internet access costs, support costs and provide a more reliable network with higher system availability, ultimately increasing the satisfaction of the delivery of government applications to citizens and external networks.

Governments around the world use wireless broadband for video surveillance, and its efficacy in cost effectively replacing leased lines and leapfrogging other connectivity solutions is well documented.

“We needed a way to more effectively monitor security throughout the city,” said Lieutenant Paul Ebel of the Green Bay, Wisconsin Police Department, which installed a wireless broadband network to monitor its downtown area, events and bridges. “We looked at a number of different possibilities that would cover a 3.3 mile (5.3 km) corridor. Running fiber optics was out of the question at a cost of up to $75,000 per mile and we didn’t like the idea of T1 lines because of the monthly charge.”

The Green Bay Police Department’s network delivered far more than expected in terms of functionality and financial return. “Some of the cameras are located on the three main bridges that cross the Fox River,” continued Lieutenant Ebel. “We have actually witnessed accidents on cameras and dispatched patrols to the site before anyone even called it in.”

In addition to video surveillance access, the point-to-multipoint (PMP) system installed also provides high-speed broadband to mobile operations, replacing an antiquated communication pathway. The Green Bay police set up a permanent command post at Lambeau Field, the home stadium of the Green Bay Packers football team, which used to require the department to post an extra hand at the station to handle requests for criminal checks. The information was sent via a dial-up connection back to the command post. The secure wireless connection replaced modems tied to phone lines and has removed that expense from the department’s ledger, while greatly improved productivity.

Along the same lines, the city of Wauwatosa in Wisconsin did away with physically driving tapes of data from city hall to its central police station with the installation of a wireless Ethernet bridge, which extends 14 Mbps wireless connectivity to remote sites. “Even before our video surveillance system was installed, we were collecting a wealth of vital data that needed to be recorded, backed up and stored,” said Thomas Otzelberger, manager of information technology, City of Wauwatosa. “In order to securely and safely store it, we had couriers manually carrying tapes back and forth between City Hall and the police department, a process that took a great deal of time and came with a high price tag.”

Now, the city’s data centers sync every 15 minutes to provide the local government with a redundant storage system for its vital city data. The wireless broadband-enabled, secure and swift connections were able to eliminate the costs associated with the courier service, adding even more savings for the city.

When the unexpected happens, wireless broadband connectivity is often the quickest and simplest means to restore communication. Fitted with a wireless broadband backhaul link and access point, a “cell on wheels” can be driven to affected areas to restore communications when cell towers are knocked out. Depending on the expected length of deployment, wireless backhaul links can be configured within hours to restore communications and extend networks for first responders. These measures have been successfully implemented in New Orleans during Hurricane Katrina, in lower Manhattan after 9/11, and around the world during last spring’s floods in Eastern Europe and in Japan after the Fukushima earthquake and tsunami.

With the success and breadth of the applications outlined above, there’s no reason why wireless broadband shouldn’t at least be considered to bolster any governmental connectivity network. While it can be difficult to break from past methods and processes, wireless broadband has proven its value and worth in surpassing existing connectivity solutions.

The Evolution Of Commercial Office Developments Through Digital Twin