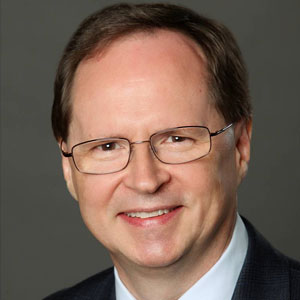 While carriers and network vendors have begun to buzz about 5G, the technology is still very much a developing concept, with industry groups projecting use cases for scaled deployment in 2020 and beyond. It will be a technology spanning the full wireless ecosystem with air interface, devices, transport, packet core and more. Some 5G capabilities could first be implemented as LTE-Advanced extensions.

5G is expected to include the concept of multiple tiers in multiple ways. In the succession from 2G to 3G to 4G-LTE, a defining focus of each new generation has been to provide higher speeds to handsets. But emerging needs are more complex. We’re now in the early stages of the burgeoning explosion of the Internet of Things. Some of the “things” represent a tier of devices that crave higher speeds. While others require long battery life and low costs more than high speeds. Work on LTE standards is already defining technology for this new tier of devices, designated as category-1 and category-0 devices. Under these expectations, 5G will expand with further support for multiple tiers of devices: massive numbers of inexpensive low power devices, as well as devices operating at ever higher speeds.

Support for these higher speeds and capacities leads to another type of tiering within the network architecture. Today’s LTE-Advanced architecture includes heterogeneous networks, known as HetNets that synergistically combine conventional outdoor cell towers with the newer concept of Small Cells, located on buildings or even light poles. LTE-Advanced also includes Carrier Aggregation, which combines what previously would have been separate LTE carrier frequencies into a unified whole providing higher capacity and throughput. These LTE-Advanced features represent the introduction of a multi-tiered architecture, with a large cell tier, a small cell tier, and multiple frequency tiers unified into a coordinated whole. 5G networks are expected to build on and extend these architectural concepts.

Each of the past generations of cellular technologies, from 2G to 3G to 4G-LTE, have taken advantage of advances in semiconductors and algorithms to move to new and more efficient waveforms, with the upgrades paying for themselves by extracting more speed and capacity from a given amount spectrum. LTE-Advanced and its continued evolution are highly efficient in existing cellular bands, and a move to 5G may not be justified only for further improvements in these bands. In order to handle the vast increases in wireless data demand, the industry is developing 5G to expand beyond the low, mid, and high bands of today’s cellular networks, by adding new technologies that can operate in even higher frequency bands, often referred to as millimeter wave frequencies. These high frequencies can carry vast quantities of data, using highly advanced antenna structures and signal processing techniques, but they also present a challenge; the propagation physics of these high frequencies means that they have much shorter effective ranges than the frequencies used in today’s cellular networks.

One emerging proposal for 5G builds upon the strengths of LTE-Advanced, and boldly extends its HetNet and Carrier Aggregation concepts to integrate new millimeter wave technologies. In this structure, the evolutions of LTE-Advanced technologies provide the reliable control and coverage tier of a HetNet architecture, and new millimeter wave technologies provide a capacity tier similar to LTE’s Small Cells that would aggregate with the control and coverage tier. Each technology tier leverages its strong points and compensates for the limitations of the other tiers. And it doesn’t stop there. Some proposals suggest extending the 5G HetNet architecture to include other wireless technologies as well, leading to the concept of 5G as a highly flexible “network of networks.”

This super HetNet 5G architecture may also enable a new approach for evolution. The historical move to a new cellular technology generation deployed the new technology (such as LTE) in a new frequency band, and as devices and traffic moved to use the new more efficient technology, the older technology (such as 3G) would be replaced by the new technology in one frequency at a time. This might be like remodeling a house by building a new room in a modern new style, and then demolishing and completely rebuilding each of the old rooms one at a time.

The new 5G architecture could enable a break from this past pattern. 5G could continue to use ever-evolving versions of LTE in current cellular bands, and add new technologies in millimeter wave bands that work synergistically with the evolved LTE. The analogy would be to continually update the existing rooms of the house, and add new rooms to smoothly integrate with and complement the existing rooms. If 5G multi-tier networks follow this approach, LTE would be truly living up to the promise inherent in its very name–Long Term Evolution.

Transformation to Fit an Agile Future

Challenges Over The Past 18 Months

Security Architecture In Theory And In Practice: Why Security Should...