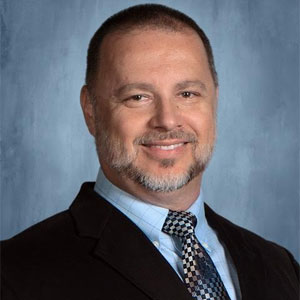 I just installed a new VOIP (Voice Over Internet Protocol) Cisco telephone system for my organization. Once my CBO (Chief Business Official) requested a new phone system, I spent the majority of the project's timeline researching how best to implement the project. Finding the right hardware and price is crucial, but not the most critical part of the project. I learned that proper planning, communication, and strong leadership are as important, if not more important, than the details of implementation.

Choosing the hardware, software, and vendor are a small part of the equation. For one, due to the dollar amount of the total project, I had to go out to bid. The bid process kept things fair as I was able to choose from several bidders, which resulted in a better suited product and lower price. Since several companies wanted my business, they were willing to deal. This process narrowed my selection to the bids at hand where I could select the best price and fit. That was the easy part.

Proper planning, communication, and strong leadership are as important, if not more important, than the details of implementation

The hard part was trying to figure out all the pieces needed to get a smooth transition from one system to the other. I had to take into consideration the telephone provider, cutover timeline, training, support cost, and numbering scheme for my 17 locations. The current system was pieced together from location to location with respect to phone numbers and hardware, so I wanted to unify everything for a cohesive feel. I came up with a numbering scheme as well as a backup plan if any of the equipment failed, allocating a range of consecutive numbers to each site and to each department while using some of our existing numbers for backup.

After many hours and being quite proud of the work my team and I finished putting the plan together, I presented the plan, but it was quickly rejected. The reason? I failed to fully describe my plan of action and reason for changing everything. I was proposing all new phone numbers with a redundant system, but I was the only one who knew why. It was very different than the current system. I found that people do not like surprises and major change, especially if they are not fully informed of why it is taking place. I neglected to “sell” my idea.

I was so caught up in the minutia of the project that I neglected to sell my idea first; a common mistake of not getting buy-in from my stakeholders and the project was almost shut down. I suppose this was to be expected as I am not in sales, yet it goes to show how important communication is regardless of industry or task. One must remember that even in the 21st century with all this technology and ways to communicate, we cannot forget to include the human aspect in what we are doing.

Once I communicated this grand plan of new numbers to unify all locations including a numbering scheme that would be the same at each site while consecutive to each location, and explained the need for backup, the plan sailed. I was given the green light to move forward.

The project is now complete and everyone is very happy with the new system. We finally have voicemail that is delivered to our email accounts and several other options that never existed on the previous systems. The plan worked, lesson learned, and a positive outcome. I could not have asked for a smoother implementation, but will remember to polish my communication skills and bridge the gap of knowledge transfer early on in my next project.

Looking Beyond the Digital Front Door

Leading to compete in the digital world