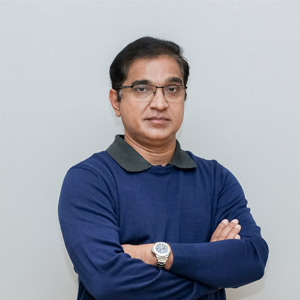 As electric and connected vehicles are being adopted on a wider scale worldwide and emerging into the mainstream, the expansion of infrastructure to support the vehicles becomes a significant challenge to automakers and consumers. Without more prevalent E.V. charging infrastructure in place, the greater adoption of electric vehicles can be stalled.

The new infrastructure bill in the U.S. earmarks $7.5 billion to help build a national network of at least 500,000 chargers. However, many current E.V. owners utilize their home chargers, an option that is usable but can be slow in terms of having a full battery charge. While rapid charging stations are available, finding one convenient to most consumers isn't as easy as finding a gas station around the corner today.

Charging stations are common in China and Europe, the two largest E.V. markets, while North American countries are still behind in total numbers. The U.S. currently has an estimated 43,000 public charging stations (per Alternative Fuels Data Center), and only 5,200 of these have fast chargers. However, there is room to grow, as industry estimates claim that the E.V. charging demand could grow 30 times by 2030.

E.V. manufacturers are working on solutions by partnering with charging providers, utility companies, and even oil companies to develop the infrastructure for electric vehicles further. For example, Ford and G.M. have recently announced partnerships with third-party charging providers to offer more charging options in the U.S. In addition, in 2021, NIO and Shell entered a cooperation agreement to jointly construct and operate battery charging and swapping facilities globally.

​" E.V. manufacturers are working on solutions by partnering with charging providers, utility companies, and even oil companies to develop the infrastructure for electric vehicles further

Aside from charging stations or at-home chargers, there is another option for electric vehicles that manufacturers should look at, one that has been working well in countries like China. This option is battery swapping. Last year, NIO unveiled the NIO Power network development plan 2025, including the battery swap station deployment. NIO will have over 4,000 NIO battery swap stations worldwide, with around 1,000 outside of China, by the end of 2025. NIO drivers can drive to a station and swap out their low battery for a fresh, fully charged one in less than five minutes at an NIO Power Swap Station and continue with their journey.

In 2020, NIO launched its innovative Battery as a Service (BaaS) solution. A flexible purchase plan for NIO EV owners, BaaS, is a quick and easy way to swap out or upgrade the vehicle's battery as an alternative to charging. In addition, users can subscribe to battery packs of various capacities according to their driving needs. The BaaS function can also help with E.V. penetration challenges, including battery degradation, battery upgradeability, and potentiallower resale value.

By introducing the convenience of swapping stations, NIO discovered that the battery service also reduced the price of each electric vehicle because the battery service is decoupled from the sale of the car. In addition, users have more options to choose from for different battery sizes at these Power Swap stations, so they can upgrade or downgrade their subscriptions as their driving needs change.

The advances in battery technology, which can allow E.V.s to travel hundreds of miles between charges, doesn't reduce "range anxiety," which is described as a driver's fear that a vehicle has insufficient energy storage (fuel and/or electric) to cover the road distance needed to reach their destination. However, consumers want their drives to be seamless and as predictable as possible, and knowing that a charging station is available can ease their anxiety.

A recent study from J.D. Power (2021 Electric Vehicle Experience (EVX) Ownership Study, Jan. 2022) has shown that driving range and the lack of charging options are the main reasons consumers don't consider E.V.s when buying a new car. Still, as the number of charging stations in an area increases, more consumers are willing to go electric.

According to the Deloitte 2022 Global Automotive Consumer Study (January 2022), the number of miles to ease the average American buyer's range anxiety is 518 miles between charges. German drivers gave an average answer of 383 miles. Drivers in China would buy-in at just 258 miles.

The NIO Power Swap Station 2.0 is the world's first mass-produced battery swap station that allows the vehicle to maneuver into the station automatically. Each station has 239 sensors and four cloud computing systems to maximize visual recognition technologies, allowing users to complete a self-service battery swap with only one click of their controls while remaining in their cars.The second generation of NIO Power Swap Station can now complete up to 312 battery swaps per day.

User feedback has indicated that the NIO battery swapping service was one of the primary reasons they bought an NIO vehicle. Many NIO users, especially those who live in apartment buildings, cannot charge their batteries at home and rely on public charging stations. The convenience and simplicity of a battery swapping service can provide a powerful incentive for E.V. buyers.

The Evolution Of Commercial Office Developments Through Digital Twin